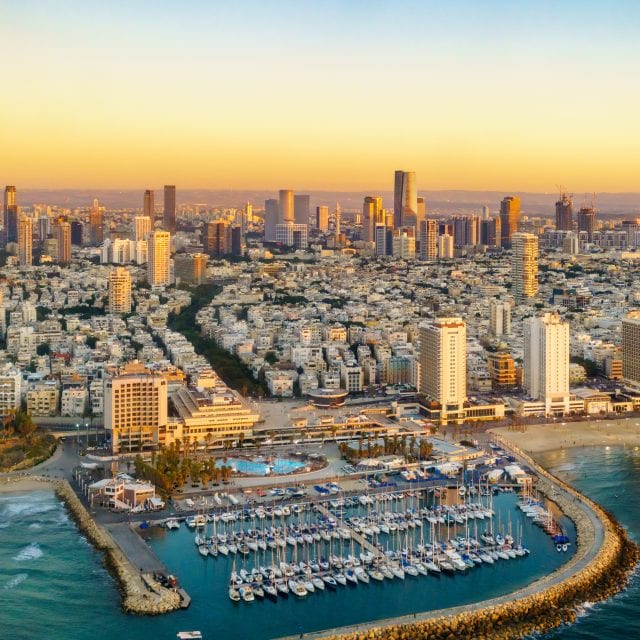 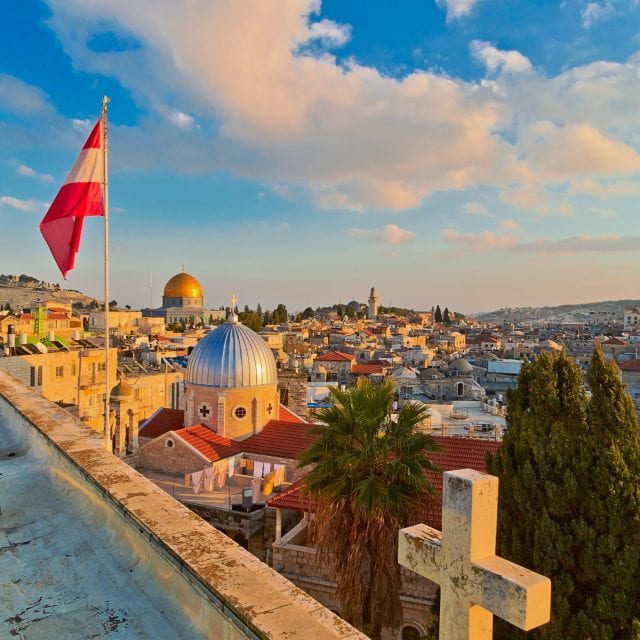 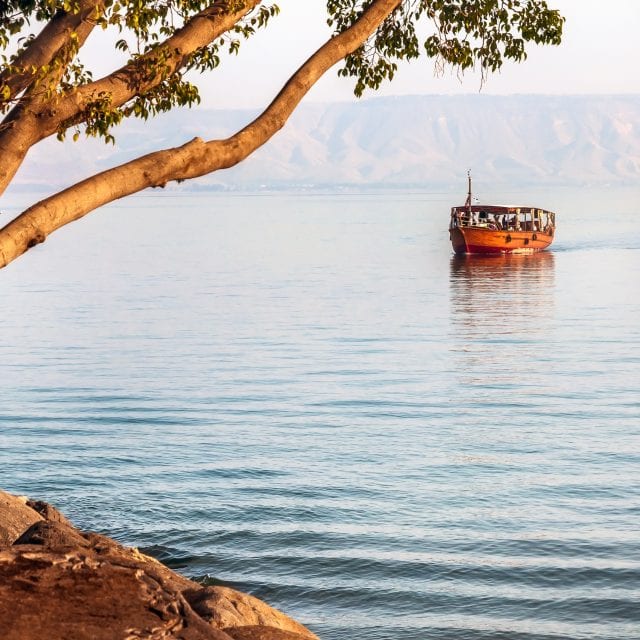 September 2: The day has arrived, and we board our flight from Los Angeles and begin our journey to Tel Aviv, Israel.

September 3: Upon arrival in Tel Aviv we meet our Christian Expedition Tour Director, who will remain with us for the duration of our trip. The rest of the day is free to walk along the Mediterranean Sea, relax, have dinner and spend time with the Lord. The Apostle Paul travelled the Mediterranean Sea during his missionary journeys. Overnight Herods Tel Aviv (or similar). D.

September 4: After breakfast we board a private coach, and travel to the Mount of the Beatitudes. We then head to the Sea of Galilee, where we see the Ancient Galilee boat (a boat discovered in 1986 that was used for fishing on the Sea of Galilee in the First Century A.D.), experience a boat ride on the Sea, and enjoy a lunch of fish from it (non-fish options also available). We visit Capernaum, where we see the remains of the village, including the home of Peter. We travel to Taghba, the likely site of the miracle of the feeding of the five thousand, and to Magdala, the hometown of Mary Magdalene, which also boasts the remains of a first-century synagogue. Overnight Ramot Resort (or similar). B, L, D.

September 5: After breakfast we travel to Caesarea Philippi, where Peter made his famous confession, recorded in Matthew 16, that Jesus is “the Messiah, the Son of the Living God.” We visit to Dan. Judges 18 speaks of the families of the tribe of Dan relocating to this ancient city and becoming idol-worshipers there. We move on to the Golan Heights, and to the Valley of Tears, which was the site of a crucial battle during the 1973 Yom Kippur War between Israel and Syria, from which Israel emerged victorious. We see the battlefield and take in a view of Syria. Overnight Ramot Resort (or similar). B, L, D.

September 6: Today, following breakfast, we travel to the Yardenit Baptismal site, where there will be an opportunity to be baptized in the same river in which Jesus himself was baptized. We then travel to Beth Shean, or Scythopolis as it was called by the Romans. 1 Samuel 31 tells us that King Saul was defeated by the Philistines and died on nearby Mt. Gilboa. When the Philistines found Saul’s body, they fastened it to the wall of Beth Shean. Later, during Jesus’ time, Scythopolis was a member of the Decapolis, a group ten cities sharing Greek culture and government, mentioned in Matthew 4:25, Mark 5:20, and Mark 7:31. Overnight Ramot Resort (or similar). B, L, D.

September 7: Following breakfast we travel to Mt Carmel, where we see the suggested site of Elijah’s confrontation with the priests of Baal, the high point of which was the LORD’s sending of fire from heaven to consume Elijah’s sacrifice. We visit Stella Maris Monastery, where there is a cave where some believe Elijah lived. We travel to Tel Meggido, the Armageddon Battlefield of Revelation 16, before moving on to Caesarea. Acts 10 tells us that the Gentile Cornelius received a vision at Caesarea, which prompted him to send for the Apostle Peter, who then came to Caesarea and preached the Gospel to Cornelius and those assembled at his house. All those who heard the message received the Holy Spirit! In Caesarea we visit the Roman Amphitheatre, hippodrome, and an ancient aqueduct. We travel on to Jaffa, where we see this ancient coastal city, its port, and the house that is believed by some to be that of Simon the Tanner, where the Apostle Peter stayed. Overnight David Citadel (or similar). B, L, D.

September 8: Today we visit the Mount of Olives, which provides an incredible view of Jerusalem, Mount Moriah and the Dome of the Rock. We walk the road that Jesus walked on his triumphant entrance to Jerusalem on Palm Sunday, and visit the Garden of Gethsemane, where Jesus spent the night before he was crucified. We visit Yad Vashem, Israel’s official Holocaust memorial, and the Israel Museum, to include the “Shrine of the Book” wing where the Dead Sea Scrolls are housed. Overnight David Citadel (or similar). B, L, D.

September 9: Today we tour the City of David. We see King Hezekiah’s Tunnel, the Southern Steps of the temple, which Jesus himself would have used, and the Wailing Wall. Finally, we visit the Garden Tomb, which is believed to be the site of Jesus’ burial and resurrection. Here we celebrate communion together. Overnight in David Citadel (or similar). B, L, D.

September 10: After breakfast we visit Qumran and its caves, where the Dead Sea scrolls were discovered. We then enjoy a hike at Ein Gedi, or the “Spring of the Goat,” a natural oasis famous for its flora and fauna. We take in its beautiful waterfalls, before travelling to Masada, the mountain-top fortress that served as the site of a famous zealot last stand. We travel on to the Dead Sea, where we leave time for you to hit the spa and float. Overnight Grand Hyatt Aqaba (or similar). B, L, D.

September 11: Today we visit the ancient fortress of Petra. We begin the journey by foot through a gorge penetrating into this ancient city of the Nabateans from the third century B.C. We’ll visit the impressive monuments, sculpted in pink rock, like “Al Khazneh” (tomb of a Nabatean king), the tombs, the Obelisks and Jebel al-Madhbah. On the final full day of our trip, we gather for our farewell banquet. Overnight Grand Hyatt Aqaba (or similar). B, L, D.

September 12: After breakfast we travel to Wadi Rum in Jordan, an incredibly unique area which has been used to film movies set in space, like Star Wars. We then cross the border back into Israel, drive to Tel Aviv, and board our flight, beginning our journey home.

A deposit of $450 per person is required to hold your reservation. Full payment is due on June 19, 2022. Payments are accepted via credit card and check. Please note that credit card payments require a 3% processing fee. 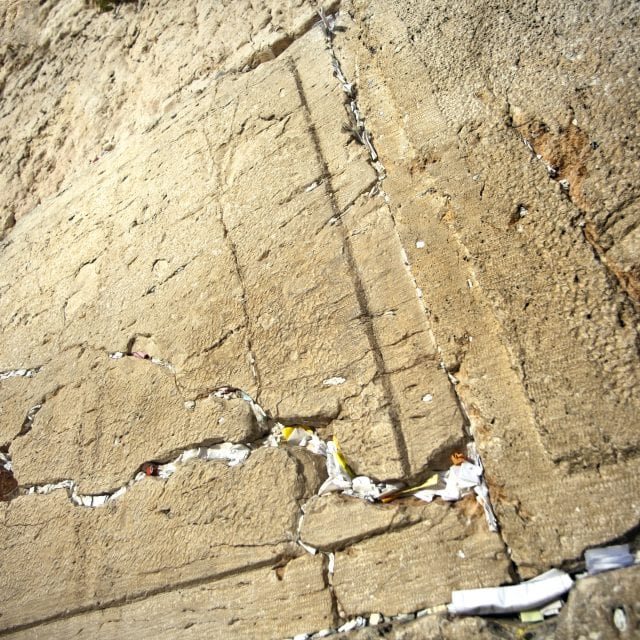 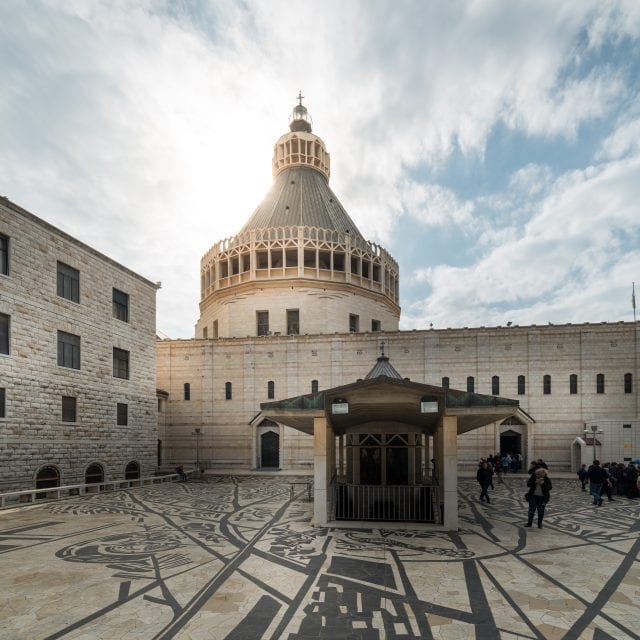 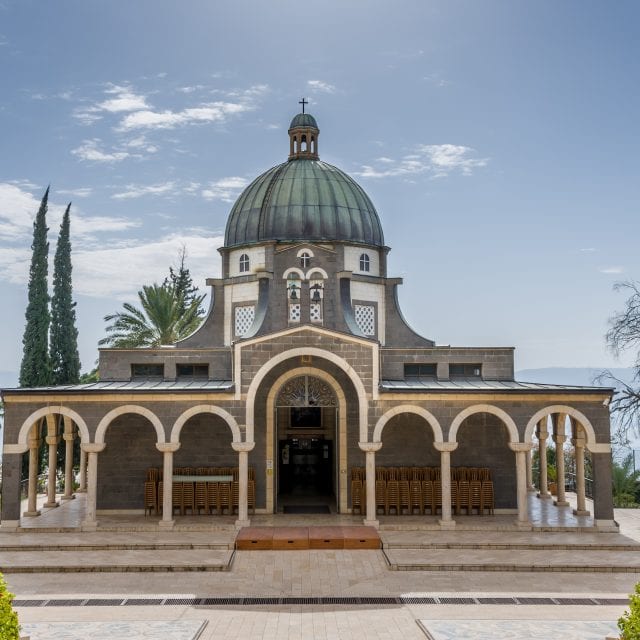