The Holy Land with 89.1 The Word in Praise 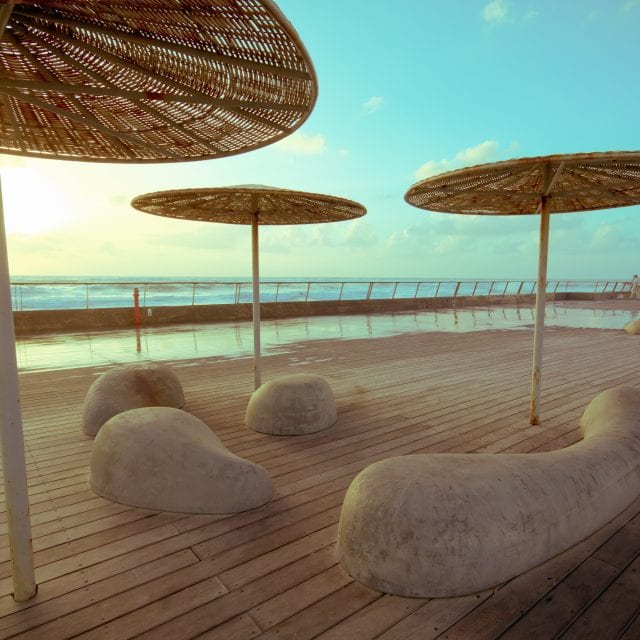 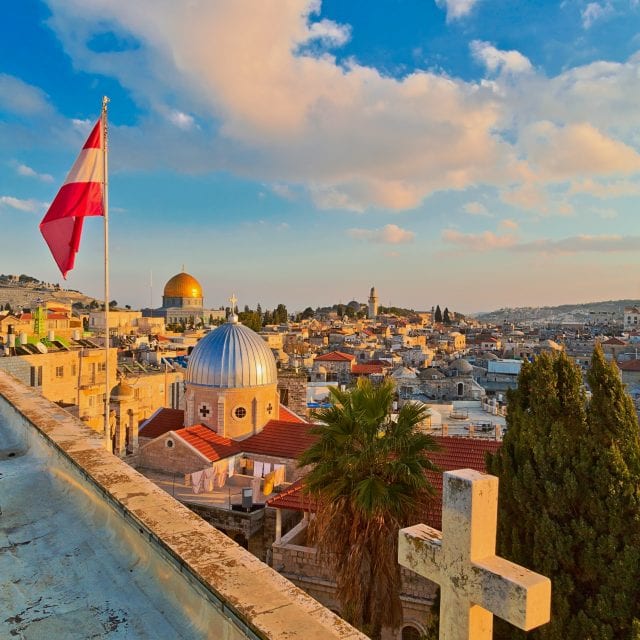 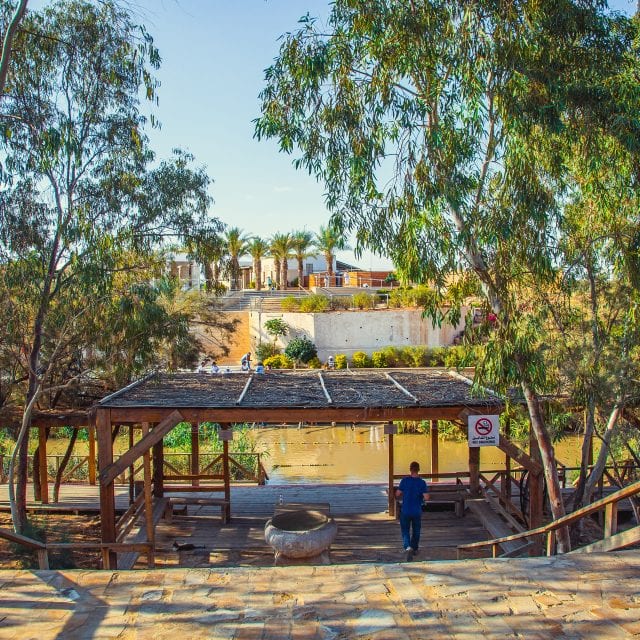 April 7: The day has arrived, and we depart the USA for the Holy Land.

April 8: Having arrived in Israel, we travel north to the coastal city of Tel Aviv. Upon arrival, we meet our Christian Expeditions Tour Director, who will remain with us for the duration of our trip. The rest of the day is free to walk along the Mediterranean Sea, relax, have dinner and spend time with the Lord. The Apostle Paul traveled the Mediterranean Sea during his missionary journeys. Overnight in Tel Aviv.

April 9: We have breakfast and board a private coach, which brings us along the Sea to Caesarea. Acts 10 tells us that the Gentile Cornelius received a vision at Caesarea, which prompted him to send for the Apostle Peter, who then came to Caesarea and preached the Gospel to Cornelius and those assembled at his house. All those who heard the message received the Holy Spirit! In Caesarea, we visit the Roman Amphitheater, Hippodrome, and an ancient aqueduct. We then head to Mt. Carmel, where Elijah confronted Baal and his prophets, and God sent fire from heaven in response to Elijah’s prayer. (1 Kings 18) Then we head to the Jezreel Valley, to Megiddo, the Armageddon Battlefield of Revelation 16. We drive through the area of Cana and Nazareth the hometown of Jesus. In Nazareth, we visit Nazareth Village, which is a recreation of Nazareth during biblical times. We will have dinner and spend the next two nights in the Tiberias area on the Sea of Galilee. Overnight in the Tiberias area.

April 10: We have breakfast and then make our way to Dan. Judges 18 speaks of the families of the tribe of Dan relocating to this ancient city and becoming idol-worshipers there. We move on to nearby Caesarea Philippi, where Peter made his famous confession, recorded in Mathew 16, that Jesus is “the Messiah, the Son of the living God.” We see a suggested site for the miracle of the multiplication of the loaves and fishes in Bethsaida and the Mount of the Beatitudes. We then head back to Tiberias, where we enjoy a “St. Peter’s Fish Lunch,” of fish from the sea of Galilee (non-fish options are also available). We move on to see the Ancient Galilee boat; a boat that was discovered in 1986, and was used for fishing on the Sea of Galilee in the First Century AD. We enjoy a cruise on the Sea of Galilee, which includes a Scripture reading and devotional by your trip chaplain. We go on to Capernaum, where we see the remains of the village, including the home of Peter. We then head to Magdala, the hometown of Mary Magdalene, which also boasts the remains of a First Century synagogue. Overnight in the Tiberias area.

April 11: After breakfast, we head to the Jordan River Baptismal site. Here there is an opportunity to be baptized in the same river in which John the Baptist baptized many, including Jesus himself. We move on to Beth Shean, or Scythopolis as it was called by the Romans. 1 Samuel 31 tells us that King Saul was defeated by the Philistines and died on nearby Mt. Gilboa. When the Philistines found Saul’s body, they fastened it to the wall of Beth Shean. Later, during Jesus’ time, Scythopolis was a member of the Decapolis, a group of ten cities sharing Greek culture and government, mentioned in Matthew 4:25, Mark 5:20, and Mark 7:31. We follow the Jordan Valley to the south and get a sense of Israel’s agricultural fertility, which caused it to be called a “Land of Milk and Honey” (Deuteronomy 31:20). We pass Jericho, which God famously gave into the hands of Joshua and the Israelites in Joshua 6, and which is regarded as the oldest city in the world. East of Jericho is Bethany beyond the Jordan, the area in which Jesus was baptized, Elijah and Elisha crossed the Jordan, and Joshua and the Israelites entered the land that God had promised them. We spend the night at the Dead Sea, which is the lowest place on earth. We leave time for you to hit the spa and float on the Dead Sea before dinner. Overnight at the Dead Sea.

April 12: After breakfast, we take a cable car to the Masada, the mountain-top fortress that served at the site of a famous zealot last stand. We head, then, to Ein Gedi, or the “Spring of the Goat,” a natural oasis famous for its flora and fauna on the western shore of the Dead Sea. 1 Samuel 24 tells us that it was at Ein Gedi that David hid from Saul in a cave, and spared Saul’s life. In the afternoon, we had to Genesis Land in the desert, where we get to experience a recreation of life in the time of the patriarchs (including a camel ride and authentic food). We spend the night, for the remainder of our tour, in Jerusalem. Overnight in Jerusalem.

April 13: Today we see Jerusalem. We visit the Wailing Wall, the Temple Mount, and Rabbinical Tunnels. We see the Via Dolorosa, the ancient Roman street that it is believed Jesus walked on the way to his crucifixion. We visit the Antonia Fortress, where Jesus was condemned to die by Pontius Pilate. We see the Pool of Bethesda where, John 5 recounts, Jesus healed a disabled man; Stephen’s Gate, also known as the Lion’s Gate or the Sheep Gate; St. Anne’s Church, which was built during the Middle Ages by Crusaders; and the site of the excavation of the Southern Wall, which served as the south side of the second temple. It through this wall that Jesus entered the Temple before His cleansing of it. It is believed that this is where Peter preached on the Day of Pentecost (Acts 2). We spend the rest of the day in Bethlehem, the birthplace of Christ. Overnight in Jerusalem.

April 14: We begin the day by heading to the Mount of Olives. The Mount of Olives provides an incredible view of Jerusalem, Mount Moriah and the Dome of the Rock. We visit the Garden of Gethsemane, where your trip chaplain will read the prayers that Jesus prayed there on the night before He was crucified. We move on to the “Upper Room,” where Jesus and his disciples ate the Last Supper. We walk the Via Dolorosa, and visit the Church of the Holy Sepulcher. Finally, we make our way to Golgotha, where Jesus was crucified, and the Garden Tomb, where Jesus was buried and later resurrected. Overnight in Jerusalem.

April 15: We begin the day at the Israel Museum, home of the Dead Sea Scrolls and many other ancient Israeli artifacts, and a guided walk through a model of Biblical Jerusalem. We then head to the House of Caiaphas, the former residence of the Jewish high priest, where Jesus faced the Sanhedrin and was denied by Peter. We see a pit where Jesus may have been held overnight and steps that he may have walked as he departed. We head to Yad Vashem, the Holocaust Museum and are lead to remember the great suffering of the Jewish people. On the final evening of our trip, we gather for our farewell banquet, followed by our return flight home. 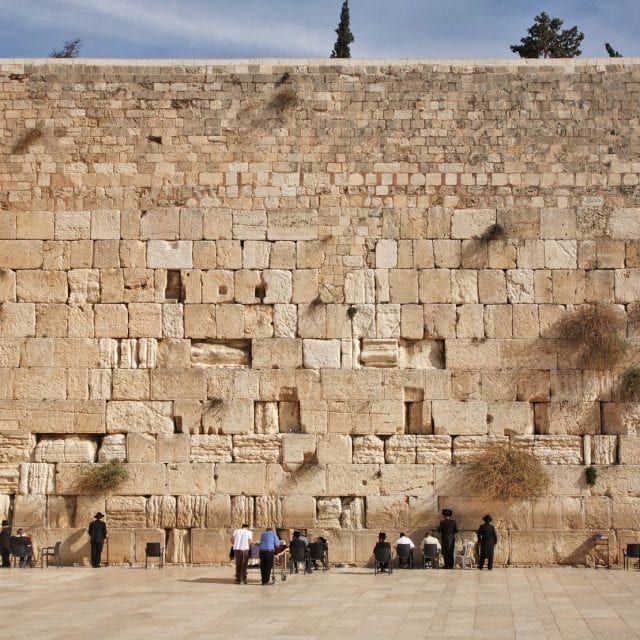 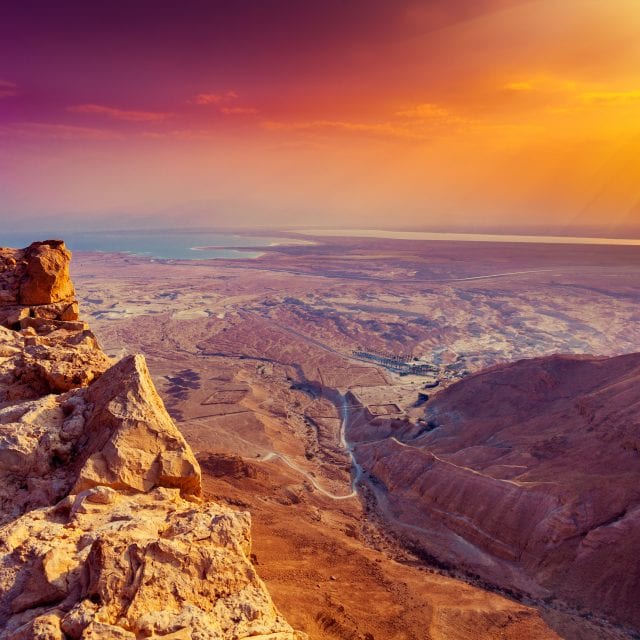